- February 28, 2017
The Dilemma of a Plucky Philosopher-Wannabe

The world has never been short of the irresolvable arguments of and on philosophy as a field of study. While many people cherish the beast, many more others hate it like they abhor their death. The social media, especially Facebook, has become a platform where raging rows often break out on the relevance or otherwise of studying Philosophy. This argument is nothing that new, unexpected or shocking, at least to me, in this 21st century. What is astonishing is the way some Muslim brothers and sisters perceive the whole drama, treated by others, while many are left baffled and muted. However, scholars should speak out because not doing so leads many ignorant Muslim youths to reject the religion. This postmodern world is full of challenges posed by the (Western) media peddling post-truths, depicting Muslims as the embodiment of everything evil, Islam in acrimonious light and so on and so forth.

For a record, I am not a philosopher, and I won’t pretend to be one. I don’t even find Philosophy a discipline worthy of my drunken desire to learning. I had once started an online course on it on Coursera, for which I downloaded and purchased some books, but I abandoned it halfway. However, I have read a few of those books. As a former student of the English language (Literature), nevertheless, I am not uninformed of the trend, and the topic, of Philosophy. My primary reason – for quitting my pursuit of Philosophy – is what I will unashamedly call a failure to reconcile it with my faith. There is an unbridgeable mutual antipathy between Islam and philosophy. 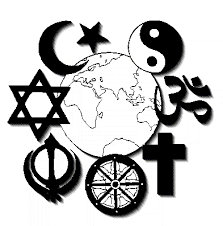 Islam, however, is not the only faith that collides with Philosophy. Other Abrahamic religions – Christianity and Judaism – are also in the bout. Surely, Philosophy has been, for hundreds of years, battling with these faiths. However, for Hinduism, Sikhism, Jainism, Buddhism, etc., the story is different, for they are founded on mysticism. It is, therefore, not a surprise that the few Muslim intelligentsias that practised it then and now are mostly subscribers to the branch of Islam – Sufism – that shares a great affinity to those mystic-based, Indian-originated faiths. Genuinely, however, philosophy is not 100 percent compatible with all these faiths, too, for one thing, if nothing else: dogma.


In his ground-breaking recent book, Homo Deus; A Brief History of Tomorrow (2016) Yuval Harari spelt out that except a few subfields of philosophy, no article in any scientific journal takes God’s existence seriously. One of the pieces of pride of this century is shifting focus from God to man. In Europe today, Christianity is no longer the default religion. The Pope wields less and less power and influence from what it used to be in the past. According to the Guardian newspaper report, youth in droves denounce and renounce religion. However, this had and has more significant implication in some ways.

Historically, from Socrates to Gorz, philosophers at one or another point in their lives face(d) terrible moral dilemma and conflict with the establishment and the community. The vast gap in their bizarre view of the world (for instance: many of them deny God’s existence, revelation and retribution; others are unconvinced of that, etc.) and what the instituted authorities and the commoners believe in is always the crux of the argument, the flashpoint. Most of them were, and are, confused about their identities, of the world they live and invariably often end up insane. Others were, and are, often considered apostates, or heretics, pariahs, and whatnot. This unfavourable view is, apparently, one of the reasons that lead them to despair, depression and, eventually, tragic death. Many committed suicide, in a sanatorium, etc. Many – yes, many – died unceremoniously.

No wonder, some scholars, including western ones, wrote on the stories surrounding those dramatic deaths. Sadly, however, some people are today looking at those “lost sheep” as role models, or shapers of their lives. The writings – which I have, at least – include Book of Dead Philosophers (2009) by Simon Critchley, How Philosophers Die (2007) by David Palfrey, etc. Please note that there is no absolute universal generalisation in my or those authors’ submission as to the ends of philosophers. Let me use logic to explain this:

The premise of the inference “many” means not all, but MANY. Would you like to be among the many, for instance, anyway? I, for once, will not wish to toe their path for several reasons, some of which you could have deduced from the preceding. Let me add that denying the existence of God has several implications. For instance, it often leads one to lack focus and reasoning, which is the beginning of existentialism.

The point once presented by Sheikh Ahmed Deedat, may Allah forgive his shortcomings, still resonates in my memory. He told his co-debater, an atheist, that he would instead worship God here than not to worship Him and finds out that He genuinely exists in the hereafter. This idea is apt. No atheist has yet convincingly disproved God’s existence. Others don’t hide their confusion, hence call themselves deists, agnostics and so on. In contrast, Allah, the Exalted, has given us ample signs to look at, ponder and ascertain His existence. As a Muslim, these signs are only meant to solidify our faith. Both the Qur’an and the Messenger of Allah have already told us so much. We don’t contemplate on their veracity.

In today’s Nigerian cyberspace, the gimmick used by many plucky philosopher-wannabes is pretentious intellectualism. They use elegant phraseology, Western idioms and terms and pose like the best of humans to have walked the earth. They, however, fail to realise that one does not have to ridicule religion to be called “intellectual”. In fact, intellectualism doesn’t hide and has nothing to do with the English language. An aphorism says that let people see your deeds and judge. Stop the pretence or searching for pertinence.

Mend your relationship with the Creator because He exists! Or, if you are in doubt, learn to live with the majority in peace and harmony and seek for knowledge from real scholars, not “Sheikh Google”. You wouldn’t like to become mad, or, as it were, be tagged outcast. Thus, for either celestial or terrestrial sake, I think not bragging being a Philosopher, while you are not, is better and rewarding. And yes, you can and should study it but do that conscientiously. Socrates too would have lived longer had he renounced his weird stand!
Christianity Facebook Islam Nigeria Northern Youth Philosophy Religion