Showing posts from May, 2018
Show All

(100): Northern Nigerian Muslims and their Addiction to Doctrinal Controversies

Muhsin Ibrahim muhsin2008@gmail.com The North is stasis largely because of our doing. We are too disorganised, unorganised, divided, and disenchanted with one another. Almost everything is either sectionalised (remember the Northeast Development Commission saga?) or interpreted based on one's sectarian or political affiliation . Year in, year out, we debate on Maulud . In recent months, we argued over Sheikh Usman Bn Fodio, the dresses of Malam Kabiru Gombe and Bala Lau in Europe, the place of Stephen Hawking in the hereafter, and today on the-yet-to-be-interred, late Sheikh Isyaka Rabiu. How sad and unfortunate! Known to many, migration of discussion fora from physical to virtual space began in the mid to the end of the penultimate decade - 1995 to 1999. Haus a people of Nigeria are some of the first to utilise th e new platform in Africa with the creation of Ka no O nline , Dantata Online, Gamji, etc. websites. The South followed up a little later, I think, with si
4 comments
Location: Cologne, Germany
Read more 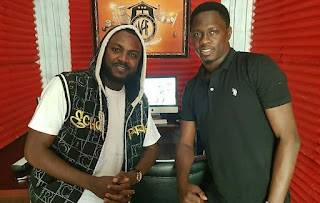 By Muhsin Ibrahim muhsin2008@gmail.com University of Cologne The Hausa version of this article, with a slight difference, was published on the BBC Hausa  website. According to numerous accounts and lived experiences, rivalry is natural among both humans and animals. It is barely, if at all, avoidable especially between contemporaries. It becomes more probable when one of the lots becomes way more successful than the rest. Mr A may begin to envy Mr B and question why he is luckier or more much-admired than I. In response, Mr B may start feeling pompous, declaring to all that he is ahead of Mr A. Therefore his accolades and achievement are due to his hard work and talent. Again, the people around the two are sometimes yet another cause of the enmity. For one reason or another, they do all it takes to plant a seed of dissonance as they profit by getting favour from either person. There are more causes for strife, but I guess these are very typical. In Kannywood, the re
Post a Comment
Read more
More posts