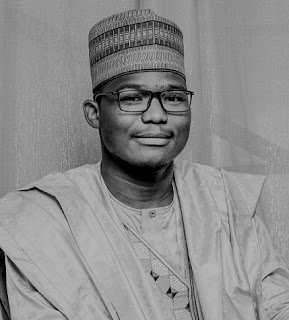 By MA Iliasu The dilemma with Kano has always been about standards. So, naturally, Kano's advantages and disadvantages in socioeconomic assets have outgrown everyone's. The history of Hausa land and much of the Sahel will confirm that assertion. Kano's population was approximated in 2022 as the second largest in Nigeria after Lagos and sixth in the Gross Domestic Product (GDP), ranking behind Lagos, Rivers, Delta, Oyo, and Imo. Kano is blessed with more than ten major markets across its rural and urban settlements, with Kantin Kwari and Dawanau serving as the largest textiles and food markets in West Africa, respectively. The state is enriched with the twentieth highest landmass in Nigeria, the biggest part of which is a prosperous arable land, with a favourable temperament that enables consistent rainfall and harmattan during rainy and harmattan seasons, on top of the twenty dams distributed across the rural economies of the state. Kano is one of the largest industrial
7 comments
Read more 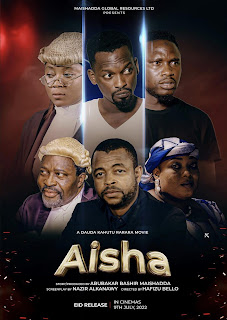 Habibu Ma'aruf habibumaaruf11@gmail.com   The year 2022 has not been great for the Kannywood film industry. There was a substantial decline in feature film production as the popularity of series films soared, piquing the interest of more producers. Cinematic releases were at a premium throughout the year, with just nine films, making it a ratio of less than one release a month. The situation was so severe that no major production was shown at cinemas, even during the Eid ul-Fitr festivities. However, while some of the few releases fell flat on their faces, others have managed to make it in the trying year. Find below the top 5 Kannywood films of 2022. Please note that only feature films were considered for this list. Aisha Directed by Hafizu Bello, the movie, Aisha , is critically and commercially successful. It beats Kayi Nayi (Dir, Gumzak 2021) to become Kannywood’s biggest grosser by earning over ₦5.5 million during its elongated run in two cinemas. This is not su
Post a Comment
Read more

Doha Debacle: My tedious transit at Hamad International Airport By Muhsin Ibrahim I was filled to the brim with boredom and regrets about my choice to transit at Qatar’s Hamad International Airport when a smiley, albeit timid-looking guy threw a question at me, “Are you Muslim?” I answered in the affirmative. He saw the name on my boarding pass that I put beside me while calculating how to spend 24 hours at an airport. I knew no pastime could take away my angst and anguish during this period. Still, I was determined to survive it. “My name is Fahad Muhammad, and I am from Pakistan”, he added. In sum, despite his faltering, heavily accented English, he helped me kill more than an hour. He was glad, even fulfilled, that he spoke with a Muslim [ South! ] African, meaning an African. Thanks to cricket, many average Pakistanis and Indians see all blacks as South Africans! But, unknown to him, I was happier, for I was going through something akin to depression. I began foreign t
24 comments
Read more

On Connection Regrets: My Excruciating Experience   By Muhsin Ibrahim Khadija, nicknamed Kashe-Kala, who I ‘re-nicknamed’ KKK, was one of my dearest classmates during our undergrad at Bayero University, Kano. Honestly, KKK, a sickle cell patient, was pretty, posh, and from a wealthy family. Hence that sobriquet. So, admittedly, I believed she was out of my league. However, we became so close. Despite our closeness, we disagreed pretty often. About a year after graduation, I met the lady I later married. The day I told KKK about my newfound love, she jokingly bragged that I chose this girlfriend because she’s her namesake: Khadija. On hearing this, some friends thought she loved me. It’s not true; our relationship was platonic. I had visited KKK’s house countless times. I barely missed seeing her at the hospital. Her relatives know me. I can’t forget the day I was riding my motorbike to their house when I stopped by the roadside to answer her call. From nowhere, someone snatched m
93 comments
Read more 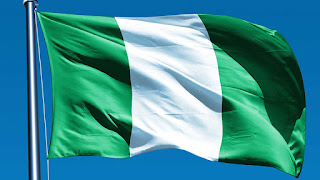 Will Nigeria break up? By Muhsin Ibrahim Yes, Nigeria will someday break up. It may not be in our lifetime, but that is very likely to happen. It's a matter of time before the bomb explodes. Our disunity is more deeply entrenched than many people imagine. No country can progress while its people harbour hatred of this magnitude towards one another. The only way to avoid the above is to launch a massive yet well-crafted societal reorientation programme nationwide. Nigerians of all walks of life need reeducation on patriotism. We need to place our Nigerian identity above and beyond any other ethnic profile. We need to see and regard our neighbours as humans as we are. As things stand, our future is doomed. Call me a pessimist, alarmist or anything you want. Unfortunately, it's our sad reality. Look around you. Every accident and incident is viewed via an ethno-religious and regional prism. It's also treated as such. Why, for God's sake? Many of our so-called leaders and
2 comments
Location: Cologne, Germany
Read more

(141): Ronaldo, Osaka and Us: Between grit and rethinking

By Muhsin Ibrahim (Twitter: @muhsin234)   Cristiano Ronaldo, 37, is unquestionably one of the greatest footballers in the world. Needless to say, he has lifted almost all trophies, except the World Cup. Notwithstanding, his recent performance at Manchester United is anything but superb. I am not a football pundit, but I am old enough to understand if someone is no longer in their prime or the odds do not favour them anymore.   Naomi Osaka, 24, is a much younger athlete than Ronaldo. She had a winning streak, including defeating her role model, the undisputable tennis GOAT, Sareena Williams. However, the lady luck stopped smiling at her after that remarkable performances and victories. Much unlike her much older athlete colleague (i.e. Ronaldo), she didn’t summon her grit at that time. Instead, she had a rethink. Thus, she tried the fashion industry and, well, succeeded.   In his book, Think Again: The Power of Knowing What You Don’t Know , Adam Grant subtly criticises
2 comments
Location: Cologne, Germany
Read more 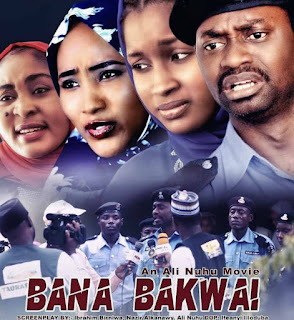 The article was written by Muhsin Ibrahim & Habibu Ma'aruf for, and published by, the BBC Hausa service. Here is a link to a slightly different Hausa version published on their webpage:  Finafinan Kannywood mafiya shahara a 2021. We are yet again at the end of another year, 2021. Kannywood has seen so many good and bad events in the year. Prominent are; the demise of the veteran actress Zainab Booth and that of seasoned cameraman-cum-actor, Ahmad Aliyu Tage and Sani Garba SK. Also, a famous actress, Maryam Yahaya, suffered from a protracted illness; the conflicts between Adam Zango and his mentee, Ummi Rahab, and between Umma Shehu and the Kano State Hisba and some directors and the Kano censorship board. On the other hand, the industry has gotten a new cinema to screen its movies, and Netflix Naija contacted its stakeholder for a potential deal. Moreover, the rising stars; Garzali Miko, Zahra Diamond and Maryam Waziri have all tied the knot in the outgoing year. Despite the T.
1 comment
Read more
More posts