Showing posts from August, 2021
Show All

Muhsin Ibrahim muhsin2008@gmail.com The maxim that says “actors and scandals are cousins” cannot be more accurate if one looks at the northern Nigerian-based Hausa film industry, Kannywood. This is the third of the series I started a couple of years ago. I have, of course, skipped writing about several other scandals for one reason or another. However, the ongoing ones are too prominent to escape my radar. Therefore, I will write about only two. The first one is a bolt from the blue. The conflict between the multitalented Kannywood actor Adam A. Zango and the up-and-coming actress, Ummi Rahab shocks followers of the film industry. Ms Rahab was Zango’s mentee about a decade ago. She was a child actor when Zango and Jamila Nagudu featured as her parents in a movie titled Ummi . The girl disappeared soon after the film. Why that happened remains a subject of debate, and it’s not the concern here.   A decade later, Ummi Rahab, now a gorgeous young lady, resurfaced in 2021. Her former men
4 comments
Read more 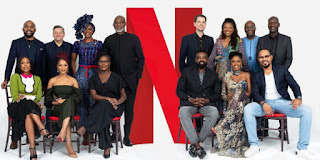 By Muhsin Ibrahim muhsin2008@gmail.com Nigeria’s diversity cuts across many things, chiefly cultures, ethnicities, religions and regions. Although several commentators consider the northern part more Islamic and the southern one more Christian, Muslims and Christians, followers of traditional belief systems and non-religious folks may be seen everywhere. Due to these complexities, the country is a house to two significant film industries – Kannywood and Nollywood – with many smaller ones operating under these brands.   Kannywood , the name given to the “local” Hausa film industry with Kano State as its epicentre, is a distinct and autonomous film industry in northern Nigeria. Nollywood has its root in the South, has mainly Christianity and Western-influenced motifs as themes and produces films primarily in English or other southern Nigerian languages. For Kannywood, however, Islam is arguably the trademark, and the East remains their vital source of influence and inspiration.
4 comments
Read more
More posts