My book, Kannywood: Unveiling the Overlooked Hausa Film Industry, released early this week, was purposely titled so. For some socio-cultural and religious related reasons, many people that would ideally care about the embattled film industry snub it. Thus, Kannywood survives mainly in obscurity. Conversely, the recent scandals involving the famous actress, Hadiza Gabon and her colleague, Amina Amal over lesbianism allegation proved me slightly wrong. Moreover, as this rages on, the age-old feud between the ace actors, Ali Nuhu and Adam Zango was taken to the next level. The former sued the latter for defamation and assassination of character. These topics dominate the northern Nigerian cyberspace all the more.

Is Kannywood really “overlooked”? It’s indisputably true that the film industry and its members are ignored but, I believe, whenever they do ‘good’ or shun controversies and scandals. Once their scandals surface, everyone’s attention turns towards them. I shall look at this angle more closely in my next project, and entitle my second book on them accordingly.

As I wrote elsewhere, actors and scandals are cousins. Scandals assist (abet?) them reach another level of popularity. Popularity is often an ingredient for a celebrity’s success. However, not all sorts of scandal yield this positive result. The recent case of Jussie Smollet, the acclaimed African-American Empire actor, is a typical example.  Being black and gay, he staged his own attack to attract media attention. Yes, it did, but soon after, the police investigation revealed the truth behind the “attack”. Hence, they fined him, while some companies withdrew their contracts with him. 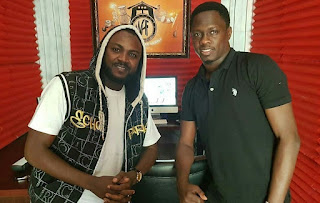 Notwithstanding, our attitude towards Kannywood is a disservice to our region and people. I have repeatedly argued that Kannywood deserves our attention for several reasons. We continuously crave for better things to come out from the industry and, yet, do nothing to make that possible. Positive change doesn’t happen accidentally, not even incidentally. Someone has to make it happen. We cannot see what we desire in the industry if all we do is to ridicule them in times like now. This is not only counterproductive but also an injustice to its well-meaning members.

Kannywood people are like us. In my interactions with a few of them, I learned that they dislike the way others criticise, abuse and insult them. They want to be considered like the rest of us. I know this is highly unlikely, but the way they are scapegoated for other's faults (e.g. Maryam Sanda's case when people alleged that Kannywood films inspired her to ‘murder’ her husband!) or, seldom, the wrongdoings of some of them (e.g. Amina Amal’s sharing of her semi-nude pictures on Instagram) is unhealthy. As a result, they gradually grow a thicker skin, to enable them to move on (e.g. Yakubu Muhammad now does Nollywood films and doesn’t care to hold, hug or kiss women co-actresses).

Yes, Kannywood films are not and cannot be completely compatible with Islam or Hausa ‘culture’, but some of them try to abide by these tenets. You may read my BBC Hausa Top 10 film reviews (2017 and 2018). FYI, Kannywood is the only cinema where a man and a woman cannot be shown lying in the same bed, among other religio-cultural boundaries. Although some wish it were not that strict, it is and shall remain so. Thus, most of their scandals don’t occur outside their films, but in their private lives. Remember Maryam Hiyana’s phone-porno?

Anyway, I am finally drawn into this debate. As a budding scholar, I don't want to have issues with both the filmmakers and their audience. Our superiors in film studies caution us that our responsibility is not to morally condemn or correct what everyone does/says about movies. We only analyse. That's why I categorically made it clear that my book is ‘un-academic’ and for general readers. This post, too, is.

As a last note, I think Ali Nuhu’s decision to resolve his seemingly unending friction with Adam Zango at a court of law is right. If nothing else, he demonstrates his level of education. Hadiza Gabon should have done the same. Now, by battering her and sharing the video clips on the internet, she somehow makes Amal looks like the victim in the scandal.

Besides, whether or not we talk about these “immoral” people, their existence (beyond the screen!) affects us. Celebrities are opinion-shapers globally. No doubt, President Buhari, Atiku Abubakar, Governor Ganduje, Abba K. Yusuf, among other politicians in Nigeria, sought for their endorsements before the 2019 elections. Who asked for yours?

Anyway, I call on Kannywood stakeholders to save their industry from crashing. The ongoing outrages expose several things about both the actors and the industry. These include, among others, a conspicuous absence of committed leadership and total disrespect for elders in Kannywood. It's a sad development. I am concerned.
Adam Zango Ali Nuhu Amina Amal BBC Hausa Hadiza Gabon Hausa Film Kannywood Kano
Location: Cologne, Germany