(13): KWANKWASO AND SHEKARAU: GIANTS OR VILLAINS?

The political atmosphere of Nigeria, or particularly of my state, Kano, is by each tick of a second getting more tensed and intense. Although I presently reside outside the shore of the state, one cannot help but see and hear this and that on air and online. I am not a politician, nor into the politics; I had though been a very passive partisan, but even that was a long time ago. I am thankful to Allah that I have successfully quit, and wish to reserve any serious public commentary. Nonetheless, for being things as they are, I couldn’t resist the temptation to break my earlier ‘promise’ not to comment. I believe my motive was well-generated. For, we need relative sanity in the polity, peace in our state and mutual respect among the populace, which are all that the current state of affairs sets out to disperse and replace with impurity, impudicity and perfidy.

The incumbent governor of Kano state, Engr. Rabi’u Musa Kwankwaso and his predecessor, Malam Ibrahim Shekarau have been at the fore of Kano politics for almost a decade and a half, which is since the return to democracy in Nigeria in 1999. No politician has had a more significant impact and effect on the life of any citizen or resident of Kano below and between the ages of 30 to 35 than these two gentlemen. However, the sway varies widely and wieldy. While for some, it’s positive, it’s detrimental for many others. Loyalty or otherwise to these pilots of Kano politics has turned multitude foes to friends, friends to foes; brothers to enemies, enemies to brothers; etc. Why? Where is the wisdom, the education, the maturity and all that Kano people are known for? 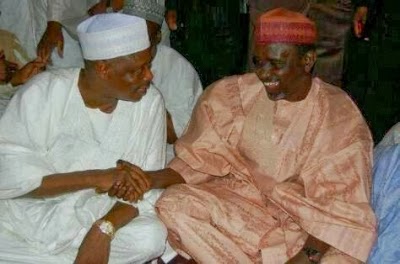 Politics, as the saying goes, is a dirty game. I often add that it is also murky water in Nigeria, which entering and passing through unsoiled and unspoiled is a near to impossible task. But people do not get any option, they will have to. It’s very evident that leaders could not elect themselves and mount the mantle of power just like that. They have to be chosen by the electorates; hence the people must be there. Another challenge, the bigger one, is: there is always an array of the candidates to be chosen from. This presents a far greater test to the voting public, for, in this context, there still are eatable, uneatable and thorny fruits to pick from. It’s often the case that the excellent aspirant is deserted and the bad and the ugly ones are elected, sometimes at even a landslide, due to the latter’s ‘failure’ to spray money or to tell people the usual inventory of sugar-coated promises. In a nutshell, the involvement of people, innocent or otherwise, is inescapable in politics both as contestants and voters.

It is my humble opinion that both Kwankwaso and Shekarau, irrespective of the party each one of them belongs to, now or later, deserve commendation by an average Kano resident. Party is just an abstract entity. You may argue that one has done better for Kano, but you cannot also argue against the fact that the other too has done something for the state, and neither performed to a T, for they are human beings. Let’s not demonise one, and sanctify the other. To my own perception, loving both is nothing incompatible. They are not definitely as a polar axis as we are made to believe. I, however, respect all views, for; after all, it is in our psyche to be subjective. Again, politics is all a matter of opinion, choice and preference. That is why politics is the one particular endeavour where fair-mindedness and judgment are hardly called to action. Selfish-interest, aggrandisement, beclouded-thought and blind-love are what in most, if not all, cases lead.

Therefore, my call to my dear, fellow Kano people is to try and bury the hatred, sheathe the sword and call (back) our God-given sophistication to action. I know neither of them would be happy with the way things are unfolding. I have recently read somebody on Facebook claiming that he was severely assaulted by his neighbour because of his support for one of them. There are more other cases of clashes, abuses and another form of unwanted and unwelcomed confrontations that happens every now and then in Kano in the name of defending or supporting one of them. This was unsurprising to me, for it almost happened to me years ago. A very close friend of mine shunned me away for some days, but later, following my unilateral decision to face him, we reached a shaky truce. My crime, as I learnt from our conversion, was merely criticising his dearest political mentor. This is tantamount to making them—Kwankwaso and Shekarau—villains. But are they?

I am not professing purest neutrality, but at least we should not let the egos, aspirations and achievements or failures of some leaders dictate our undertakings, control our minds and later destroy our collective thinking and life. We had better learn to respect our natural individual differences. I don’t know of the existence of any monolithic society. Therefore each and every one of us would not, for he could not, support one politician and leave the camp of the other just because that’s what suits his friend, brother or neighbour. No matter being a saint, or devilish of a politician; he must have followers, sometimes strong ones, and you cannot stop that. Some millions of others practice a different religion from yours. What do you do to them? You cannot prevent the sun from rising tomorrow, so you cannot, no matter how hard you try, stop everyone from adhering to what he believes in. It will be abominably unjust to judge people by their choice. We are distinctive. It’s wisely said: to each his own.
APC Defection Kano Kwankwaso PDP Shekarau
Location: Jalandhar, Punjab, India