Yippee! I got a new bicycle! This, coupled with my recent admission into a private primary school, inflated my ego so high. Admittedly speaking, I sort of started feeling pompous among my peers. A very few children were that privileged in all our neighbourhoods then. I had, though already, finished another primary school when I was taken to this school. It was an expensive, prestigious, privately-owned primary school now, so no problem. I would stay for only a year and then proceed to another famous, private college. All of this was meant to pave my way to study medicine at the university.

Before taking a bath and breakfast, it became my routine to go to my new best friend, my bicycle. I would check it, dust it, and try it. Until I was satisfied that everything was fine, I could not move to another thing for the morning. I would then get ready and bid farewell to my stepmother and siblings and set out to my new school. 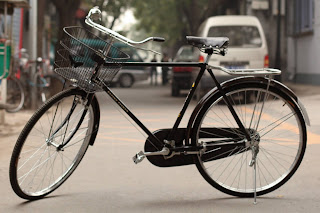 The school had a stringent rule that pupils must be within its premises before 7:30AM and it’s situated many kilometres away from our home. Thus, I had to prepare and leave as early as possible to beat off the distance, the traffic hold-up, and any other unforeseen hitch that might come my way to delay me.

It was an airy, chilly morning of September 1998. It rained the previous night heavily, so the temperature was at a lower level. I couldn’t figure out how or why this day felt different. I could neither go back to sleep after Subh, the morning prayers, nor do my routine. I was just lying, bored. Nothing was heard more audible than the beautiful, melodious songs of some pigeons in the backside of our room, which used to be their house. The setting, as if in a romantic film, was so serene, peaceful and memorable. But I was internally jittery and for no apparent reason. As under duress, I rode out to the school in such an uncharacteristic mood.

I didn’t go far when from nowhere, I saw myself face-to-face with a wrecked-looking bus. There was a car parked on the side of the narrow road. I tried to nose in between the bus and the car, but I couldn’t. The space was thinner than I thought. The bus driver could have pulled up. He didn’t. He instead drove ahead until we collided. I can only recall that particular scene, and then everything went blurred.

I woke up on the hospital bed, surrounded by family members and other people I didn’t know. I tried to move; I couldn’t. My leg felt heavy. I rubbernecked and saw it was thickly bandaged. The bandage was soaked with blood. I looked around. Nobody said a word, but their sorrow-ridden faces spoke volumes.

“Where is my bike?” I enquired.

They looked at one another in amazement mixed with sympathy. Some minced some words that I cannot recall. Others shook their heads.

“It’s there.” My elder brother responded. There, where? He didn’t say. He then added before I asked: “You had an accident. But all is going to be okay. The Doctors have promised to take very good care of you”.

As fate would have it, things did not go that well. I spent over six months in the hospital. It was only by Allah’s will and sheer providence that I today walk on both my legs, for even one of the doctors once suggested the complexly fractured one be better severed.

From then on, my life changed. The arrangements for me to study medicine had started crumbling. I couldn’t go back to that private school as planned. Not only that, even my dream for school was shattered, though not, and never, destroyed. I finally didn’t become a medical doctor, but I am what Allah has destined me to be. I couldn’t have wished for anything better.

And I will, in sha Allah, be a doctor, not nonetheless of Medicine but of Philosophy.