A lot happened last week. Least of all, my one terabyte external hard disk fell down and crushed; Ugh! From Nigeria, two major interviews by President Jonathan and his number one contender, Gen. Buhari, and the fierce fight between Boko Haram and the Nigerian military in Gombe state got the media’s attention. That’s how media works: to report what’s happening and (should) do that irrespective of who is the victor or the vanquished. This is just an example; Nigerian media is far below the description of professional, unbiased or any desired standard.

All too often, Muslims are attached to terrorism. This is not news, not any longer since 9/11 attacks. Before the attacks, many Muslim countries were in relative peace: Iraq, Syria, Afghanistan and Libya. Now the story is markedly a contrasting a la scaring one. Daily, hundreds of Muslims are killed in those countries and others like Nigeria, Somalia, Myanmar, etc. And the deaths continue.

Muslims are always seen as inherently violent, intolerant, and as carriers of everything evil. I am not here to defend the action of anybody, much less of today’s so-called  Jihadists. But whether we believe it or not, and in spite of everything else, we all are human beings. Muslim, Christian, Hindu, Buddhist, Sikh, Atheist, you name it, our physiology and anatomy are the same. Religion is abstract.

As many have seen in the news, three young, beautiful American Muslim students, including a much-recently married couple and a sophomore were murdered in Chapel Hill, North Carolina in an execution-style by a Caucasian terrorist. However, much unlike what we saw in the last month when the whole world ‘stood for humanity’ and ‘freedom of speech’ and the mainstream media brought us #JeSuiCharlie, i.e. “I am Charlie”, the trio were unhumanized mainly, for their murder was massively under-reported.

Again, a few months back, a lone terrorist attacked a Jewish museum in Brussels, and then another attack was carried on in their (Jews’) kosher shop in Paris. Everything, I mean everything, was halted and every channel reported nothing but the attacks as they occurred. The same happened in other instances where the victims were non-Muslims, or Blacks, though less often. Thank God, the Internet has provided the voiceless with a loud voice. Netizens, mainly among Muslims, around the world trended a hashtag that #MuslimLivesMatter and voila, the story soon enough became a phenomenon. 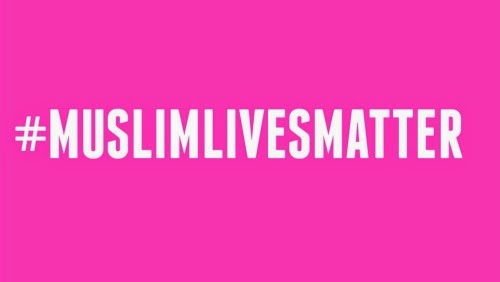 It’s like wasting energy writing on the prejudice, stereotype and even hatred being meted out on Muslims today. But we cannot and will not get tired to say things as they are, for some people are left in a puzzle as to what is exactly going on in the Muslim’s world, which is in fact a diverse world. Islam is holistically alright, but a large chunk of its adherents are not. No doubt or regret about saying this.

Many people, however, tend to be ignorant of one thing: there’s nothing like the Muslim World. Is it Indonesia, Pakistan or Bangladesh where females had been prime ministers or Saudi Arabia where they cannot even drive a car? Or Nigeria, where Boko Haram insurgents say ‘Western’ education is prohibited and thus abducted hundreds of girl-children in their school, or Turkey where the literacy rate is above 90% for both males and females? So, people should be judged for their individual actions.

As one writer aptly puts it, Muslims are only newsworthy when they are behind the gun, and not in front. Remember Gaza? Their situation is as dire as ever today. Do you hear about Rohingyas Muslims in Myanmar or those Muslims in CAR? In both countries, Muslims are being “ethnically cleansed” even by the definition of the U.N. The dreaded Islamic State or ISIS, ISIL, whatever, too, is being combated not for killing their ‘fellow’ Muslims. They have been doing that since their emergence. It’s only when they began their heinous campaign on Yazidis, Christians and some Westerners that they attracted the world’s superpowers' attention and the media.

All lives matter; not only Muslims’. This life of ours is sacrosanct and should be regarded as such. Likewise, perpetrators of any evil should be condemned and called by their appropriate name: terrorist. But, don’t be much surprised if, at the end of the day, the murderer of those students is merely called a crazy, misguided bigot who acted alone and later be sentenced to a few years in prison and then released.

As I type this article, there’s been a developing story on almost all the world’s major media of an attack in Copenhagen, Denmark. The attack was on a ‘free speech’ event/conference on Islam and blasphemy. An infamous cartoonist of the Prophet Muhammad was among the conferees. He might be the target. You can see the difference clearly: now that the Muslims are apparently not in front of the gun, the media gets frenzied about the story.


May the Almighty Allah guide and protect us, amin.