I came back to Nigeria after a two-year-stay in India. There has been so much to write about as so many things have happened, and more are happening since my return. Yet, procrastinations wouldn’t allow me. I balked on whether or not to write on this, that and numerous other itching issues. I have also been so busy: getting settled, resuming work and frequent visits from and to family and friends. And, above all, there’s no uninterrupted power supply, no reliable internet access and much more that were readily available while in India. I had never thought things would be that tough, in fact worse, prior to my return. Anyway, I heartily thank Allah as I am happy against all odds.

I was contemplating on which and which topic to concentrate my first blogpost on after more than a month ‘break’. They range from the accusation of some people that President Muhammadu Buhari is now “Baba Go Slow”, or that he’s a northern president, or his anti-corruption campaign; to the tussle in the national assemblies, the rampage of the lunatics called Boko Haram in the north-eastern states of Nigeria, among others. From the abroad, so much other writing-worthy incidents and accidents have happened that include legalization of same-sex marriage in the US, the discovery of what might be the oldest copy of the Qur’an, the war in Yemen, etc, etc, etc.

Following my protracted absence, a very kind, caring friend from the US asked me how I was adjusting since my return. As a fellow Nigerian, I opened up to him, and he dittoed. We ultimately met at a point that there’s no hope for Nigeria. We both share faith in the current leadership of the country, but to be very realistic and honest, he (President Buhari) can fix only a few of its many ills. For him to achieve even that, it will take a lot: undue commitment, persistent patience, steadfast prayers and collective support from the public and a great deal of assistance from the people he works with in the government. 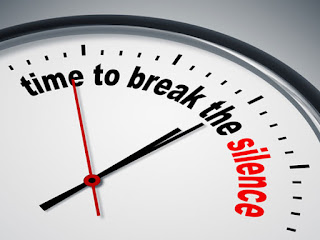 On the other issue, I have been feeling guilty of some sort. I think I should apologize to my Indian readers for dragging their country in the mud in some of my articles. I had held a rather refined image of Nigeria while away. I didn’t know that things were that bad until when I landed in the Malam Aminu Kano International Airport, Kano (MAKIA).


Right before our flight tarmacked, all I could see was a dry place with only two flights on the ground, one of which apparently looks inoperative. The airport was literally moribund compared to the ones we left in India (Mumbai) and transited at in Ethiopia (Addis Ababa). Both were lively and vibrant with flights everywhere and people (passengers and the airports staff) going about their ways. Again, where there were several modern trolleys for passengers to choose from, put on their baggages for free in Mumbai (and elsewhere); the ancient-looking trolleys here are very few and one has to pay N300 to use one. There are many other unmentionable things; perhaps topics for another day.

Living expense in Nigeria has surpassed India’s, though the latter’s economy is stronger and their currency more valuable. Our educational system, although still pulsating, in some sense of the word: “pulsating”, we however yet live in the old age of analogue. It takes days, weeks or more to send a single memo, letter, etc from one office to another. When will we ever develop? What’s exactly pulling us down as others, including much poorer nations? The recent world university ranking should serve as a reawakening call to us and to our policy makers. Where in the first best 1000 universities in the world no single Nigerian university was listed, about six South African universities, one each from Egypt, Morocco and Uganda (!) made to the coveted list. How come? Electricity is still largely a privilege in Nigeria. This alone can truncate our presence in any other similar metric ranking of universities in the world.


As a last note, I would like to specially salute many among my Nigerian teachers, students and friends who write quite often. This is a commendable action which not everyone could do. The so-called ‘Nigerian Factor’ weakens productivity. It starves intelligence, or kills it if care is not duly taken. But despite all this scotching pressure, they stand up and write and even publish. They deserve accolades. God willing, someday this menacing “factor” will be a history to tell. Nigeria shall be great. In sha Allah.