It is with a heavy heart and despair I write this article. I am now more than convinced that my earlier denunciation (Daily Trust, pg. 51; 6/01/2016) on the way the Kano state government (KNSG) handles the infamous sodomy case involving some boys at Hassan Ibrahim Gwarzo College, Kano fell on deaf and dumb ears. The resolution to finance their WAEC and NECO examinations was finalized and could not be reversed or even adjusted. I am not jealous nor unhappy with that; my concern is largely on the other multitude boys and girls literally abandoned by the same government to fend for themselves, while they require, in fact deserve, more assistance. Yet the government is still mute and unmoved by my and others diatribes. We cannot and will not, however, perhaps unknown to the government, relent. We demand for justice and fairness, and justice should be served.

I was triggered once again to revisit this terrifying topic for several reasons. Some people might say that what’s done cannot be undone; hence the case should be dead and buried. It shouldn’t. The dust has yet to settle. Here are two most relevant reasons: 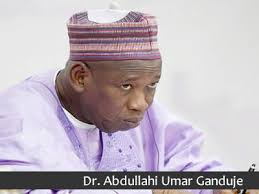 First, the many unnecessary appointments of, majorly, special assistants (SAs), done by the government. Second, is the government’s loud silence on the fate of hundreds of poor students whose schools were burned in the recent spate of fire accidents in schools in Kano. For the former issue, my younger brother, Comrade Adnan Mukhtar Tudun-Wada has written a detailed and constructive criticism on that (Daily Trust, 02/01/2016). Those undeserving appointments, he traced, include SAs to the APC Women Leader, on automobile, on mobilization, on Islamiyya schools, tertiary institutions; several others on media (one of whom announced his appointment on Facebook in shoddy English!), among others. One of the SAs is permanently stationed in Abuja!

The fire accidents that have so far razed down about six public (boarding) schools in Kano are absolutely pathetic and petrifying. Some students have lost their lives, others sustained from severe to mild injuries, and many others were lucky to have narrowly escaped but with nothing of their belongings. The KNSG has promised to seriously look for ways to prevent the lives and property of the schoolchildren. But so far, very little or nothing is, unfortunately, still done compared to the ways and the zeal the government handles Hassan Gwarzo’s sodomy case.

My younger sister, for instance, was among the escapees. She had to borrow clothes to cover up as everything she owned was gutted by the fire in their dormitory at Government Girls College, Jogana. The accident happened months (!) back, almost the same time the Hassan Gwarzo case came into limelight. Since then, nothing is heard from the government. The state ministry of education always says one thing: listen to the radio for an announcement. Remember that some of those students in all the affected schools are graduating. They are, as Gwarzo’s students, about to sit for their WAEC and NECO. Why is the government silent on their fate? Shouldn’t they be relocated to other schools?

I don’t want to blame the government for the fire; no one should. Nobody can avert an accident. But the government ought to reasons that many of those students come from less privileged families. For many among the girls, their parents let them to attend school against their volition but for external pressures. I don’t have to remind you of the situation of girl child education in the state, or the North in general. In view of this, they deserve more than just relocation. They ought to be given compensation of a sort. Any girl that lost her belongings such as mattress, wardrobe, reading and writing materials, etc to the fire should be given money, or at least a portion of the cost, to buy new ones. All children of both the poor and the rich are your wards, Dr. Abdullahi Umar Ganduje, Khadimul Islam.

As a last note: thousands other current SS III students are being on the tenterhook, (im)patiently waiting for the release of their Qualifying Exams results. They need to know whether or not they could get the government’s sponsorship for their WAEC examination. I am sure their payment is a paltry for the government who was able to pay forty million naira (N40, 000,000) for merely 70 other students, which is more than five hundred thousand (N500, 000) per head. Here the payment must be far lower, and only the qualified ones deserve it. It will not cost the government more than thirty thousand naira (N30, 000) per (poor children’s) head, I think. Thus, nothing whatsoever is difficult. The students should not be tensed. The scrap of free education in the state will not change this age-old tradition.

I hope the government will unhesitatingly oblige our request. We pray to Allah, the Exalted, to guide and protect the governor and all his assistants, amin.