Facebook, or any other social media, is no longer what it used to be: a mere, innocuous social networking site for friending, chatting, sharing pictures and the like. It is, today, a life shaping platform. This and a whole host of other reasons, therefore, call for parents, guardians and all to be (more) wary of how, and of course who, his/her children, wards, younger siblings, etc interact with. I will give three (3) examples.

While the first danger could easily be detected, the second one is eerily, barely detectable. This is the rise of perverted ideologies being peddled by some unsuspecting individuals in the name of civilization, or, if you like, intellectualism. This, to me, poses a greater challenge and threat for it’s not easily noticed until it creates a strong, seldom permanent, niche in the mind and soul of our unsuspecting youths. 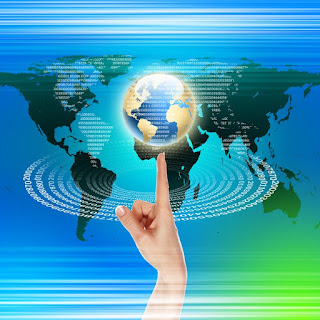 I have, admittedly speaking, unfriended some folks on Facebook not because I was scared or intimidated by their wayward ideologies but for the sake of peace. I couldn’t withstand their display of ignorance, and in countering this, hell often break loose. People resort to name calling, abuse and insult and so on. Thus, I severed our relationship, which was already held only by a thread, so that they can mind their business while I do mine.


The recent trending issues on the legality or otherwise of male-female handshake by such a coterie is troublesome to say the least. It’s all the more bothersome when you reflect on the teeming youth that will/shall/may eventually buy those palpable falsehoods. It’s only a careful vigilance that may shield and save yours from falling into that uncharted water.

The third is what I will call erosion of status. The recent diatribes of the Emir of Kano, Muhammadu Sanusi II has caused so much heated debate on the mainly northern Nigerian cyberspace. The man is not new to controversies, though he was then a ‘mere’ banker and named Sanusi Lamido Sanusi. Nonetheless, the way he is today bashed by every Tom, Dick and Harry signifies a bleak future for our social cohesion, and deficit of respect for elders among our youths. Generally, the ascent of the social media has a horizontal effect where everybody can register and have their raw views read by all and sundry. Be it a professor, doctor, sheikh, political thug, name it; everyone can be a member (on the platforms) with equal right and privileges.

The emergence of the social media has exposed the dynamism of the world, and has increased the ubiquity of the impacts and the effects of globalisation. While in the academia we talk, and even encourage, paradigm shifting researches, values are rapidly shifting in our societies. Else, how could one dare to publicly legitimize handshake between males and females in Hausa land? If not for the religious reason, we don’t, and won’t, do that in our culture. I understand that the major cultural challenge that Hausa - Muslims must meet today is that of creating harmonious synthesis between their own culture and the foreign one.

For instance, I was in India for two years. I saw how Indian and Afghan Muslims, who even look at us as less Muslims, conventionally handshake and hug, and normally mingle among their opposite sexes. The same is done in our neighbourhood here in Nigeria. But this is not how we are, and cannot be, in sha Allah.

Again, abusing and insulting a revered man like the Emir of Kano is something very new to me and anyone older than I. Doubtless, Sarki Sanusi opened the doors to some of these vituperations, yet he does not merit all the affronts flung at him today. The engagements have been hijacked by some elements – on both the offensive and defensive sides of the debate – and transmogrified to an avenue for all sorts of abasement.

I am not an expert on culture, but it's a blessing upon us that some of Islamic core beliefs, values and taboos are in conformity with our way of life. In both Islamic teachings and Hausa culture, elders and leaders are not abused. We can, and should, call them to order in a polite manner. Criticise the Emir but within limits. The same applies to his defenders.

I am aware that “cultures tend to thrive on mutual enrichment”. Thus, there's no way we can completely avoid the influence of other culture, particularly the Western due to their educational system we borrow. While nobody and nothing is beyond criticism and abuse over there, ours is different. Let us maintain the status quo. We can see eye-to-eye with the West and still remain Hausawa and Muslims. You must not copycat them to be called civilised, and this applies to some of the things the Emir advocates. Theirs is not more valuable than yours. Learn to resist and reject that inferiority complex. And, please, stop all the unnecessary epistemological argument. Handshake between opposite, non-maharam sexes is wrong.

All said, you can still choose to be a mongrel. I don't. I, on my own volition, prefer to remain who I am without looking down upon other cultures or thinking that theirs are richer, more contemporary than ours. Lest you misread this, I am not saying ours is like the ‘revealed’, thus devoid of anything wrong, nor am I saying that Sarki Sanusi II is immune to criticism. I have myself criticised him, but I believe (hope?) that mine was/is not overblown.
Culture Hausa Islam Kano Nigeria Sarki Sanusi II The Internet