- May 31, 2017
Muhsin Ibrahim
@muhsin234
As I have consecutively written in the past 3 years, astrologists would want me to believe that June 1st is my lucky day. I don’t and won’t concur as I don’t believe in that pseudoscience. Doubtless, for at least two life-shaping incidents that happened to me on the day in 2012 and 2013, I feel obliged to acknowledge its presence. Perhaps known to some readers of my writings, I was employed by the Bayero University, Kano on the day in 2012 and exactly a year after, in 2013, one Khadija and I were pronounced man and wife. I have since then appreciated living with this lady. All thanks are due to Allah, the Exalted, for His blessings and everything.

I think some of the points I wrote a couple of years ago on this day deserve repeating, for they are very topical and ever relevant. I wrote thus:

The secret of a happy family is nothing hidden. Quarrelling is more or less unavoidable. That makes a dull life an interesting one. Don’t let it though escalate. Come together, discuss and sort it out by yourselves. Inviting a third party is something you should avoid as much as possible. We are often insipidly requested by the elders to be patient and let things go. The “things” don’t go anywhere just like that. They go only when you rinse out your heart and mind via dialogue. Don’t stomach a grudge. It accumulates and exacerbates.


Often, some friends and relatives jokingly say that Muhsin ya auru, loosely translated as “Muhsin is enraptured by his wife”. I only smile and proudly answer in the affirmative. The fact of the matter is: it does not take any charm to enchant your spouse. It only takes trust, understanding, communication and companionship. There is nobody as close to you than your spouse. Once you grow up, your mother will cease to be your closest ally, for several, obvious reasons. But your spouse will forever be intimately close. Thus, no doubt one should not bare his/her mind 100% to one’s spouse, but it is excellent to let him/her be aware of what he/she should know. This closes all doors for any mistrust, misunderstanding and rancour. 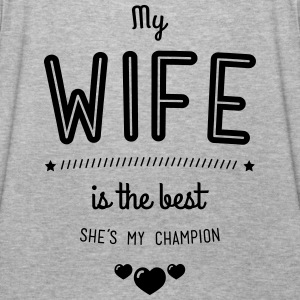 From the last June to this year’s, so much has happened. To maintain the tradition of this yearly write-up, I will say a few words on a very few of the most salient issues in and outside the country.

First, the US has a new president in the person of Donald Trump. Needless to mention, America is a country more than a nation. The value of its currency, the dollar, for example, affects the lives of billions around the world; thus, its politics is the world’s politics. What goes on in the US does not only stay there; it spills over into your room, your market, your school and virtually everywhere else. The President is a bigot, racist, protectionist, misogynist, Islamaphobic, and, above all, very ignorant billionaire businessman. His recent actions and inactions are however logic-defying, for he has proved and, at the same time, disproved to be the person he was thought to be on the campaign trail.

Secondly, and now from home, Nigeria; President Muhammadu Buhari has been sick on and off. He is currently in the UK for a follow-up visit after a prolonged stay in the country early this year. The Vice-President who now acts his superior, Prof. Yemi Osinbajo, has been doing remarkably well, at least by his symbolic, body language. The economy is said to be recuperating, though the masses have yet to see the real change on the ground save for the security situation. The war against corruption is, of course, ongoing, but sadly, not every accused or suspect is charged or tried. Some are immune to any investigation, for they belong to the club. In other words, they are spared because there is the vested interest of the elites on their cases.

Down to the state level, as the third case; Kano state government is doing not bad, for, if not for anything, the governor, Dr Abdullahi Ganduje does not owe anyone any month’s salary. This is not the case with many other states. Nonetheless, due to his growing, fuelled rivalry with his erstwhile boss, Engr. Rabiu Kwankwaso, a lot of money and resources were, and are, embezzled all in trying to bury history. The recent unneeded refurbishing of the Coronation Hall in the State’s House is a typical example. All the chairs in the hall were changed only because they are red, which is a bizarre emblematic colour of the former governor’s cultic movement, Kwankwasiyya.

I can go on and on, reporting the many incidents that happened in the year. But the article is not about them, or anyone else. It is about me and then my wife. I will, therefore, seize this opportunity to announce to my esteemed readers that my fasting for PhD has come to an end. I am, in sha Allah, going to start my terminal degree before the end of the year, and in a foreign land – too early to disclose more details. I beseech your prayers and well wishes, please. May Allah, the Exalted, answer all our good-intentioned prayers, amin.

Nothing comes easy. One has to strive for anything he or she desires to obtain. I have a bulk of stories to tell about my PhD. I promise to share them with you after formal commencement of my programme before the end of the year. The aim is no other than to motivate prospective PhD scholars, and younger colleagues and students. The journey is rough and bumpy. But with and to Allah, the Exalted, nothing is impossible. Keep faith in him and chase your dream energetically and prayerfully.

Thank you for reading, and best wishes.