- November 22, 2017
By
Muhsin Ibrahim
University of Cologne
muhsin2008@gmail.com
Once again, Kannywood is being dragged into the limelight and for the same reason: moral issue. The story of the murder of husband, Bilyaminu Bello by his wife, Maryam Sanda has been trending in the news since it happened on 18th November 2017. Domestic violence, which, if not tackled, leads to mariticide, is as old as marriage itself. Therefore, using a picture of an actress, Aina’u Ade wielding a knife against an actor, Ali Nuhu from a scene of a Kannywood film to show how Maryam got influenced is, at best, wrong and, at worst, absurd. Do we care to look at what are the context and the consequence of that act in the film?

Let me digress a little. I had no intention to write this article for several reasons. However, some friends and acquaintances kept on ‘asking’ me to intervene. Let me make it clear to them that being Kannywood an area of my study does not make me their mouthpiece, nor does it make it my responsibility to defend anything and everything related to the film industry. It is inaccurate to even imagine that if a person researches on a topic that he should ‘defend’ the actors related to it. Imagine yourself conducting research on Boko Haram, ISIS, etc. Would you ever defend their dreadful insurgency? I write this only for clarification, not defence.

Back to our topic: domestic violence is something ubiquitous throughout the world. For instance, in the Kingdom of Saudi Arabia (KSA), a conservative, Shari’ah-abiding country and its rival, Iran, another Islamic Republic, reports in 2016 indicate that domestic violence cases are on the rise. There is, of course, a vibrant film industry in the latter but not in the former. Let’s assume the film is responsible for the rise in Iran – a baseless assumption, though – but what of Saudi Arabia? A Saudi psychologist, Dr Ali Al-Zayeri, according to Al Arabia (English) news of Wednesday, 2 March 2016, attributes the increase to growing tension, depression, unrest and lack of self-confidence among men. Many other experts associate the increase to different reasons, but none mentioned film. 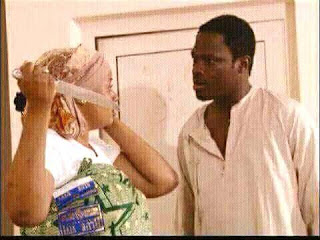 Well, attaching the film to violence is a banal debate, which is, though, endless. Media experts have argued over and again about this for years. A reductionist theory called Technological Determinism supposes that “changes in society and culture are driven by advances in media technology and by the content of the media to a large extent”, while the Cultural Determinists oppose this by maintaining that “culture determines the nature of the media and their content”. Although I am not an authority here and, thus, my view may not hold water, I believe both presuppositions are quite right.


The film relies on verisimilitude, though fantasy and legend as genres defy this. But other movies are a lot life-like. That is why we often say that an actor’s roles resemble somebody we know. In other words, we often identify people we know in many films we watch. This is to tell you that there is a symbiotic relationship between film and real life. As this exists, there is some likelihood that both (technology/film content and culture) stand the possibility to influence each other, thereby making both the technological and cultural determinists’ arguments valid, to an extent, at least.

I don’t deny the fact that an actor could effortlessly manipulate the minds of thousands through a single appearance in a film. Child psychologists and other experts argue that behav­iour observed on television is very easily learned without any difficulties by a child, but hardly by an adult. It is a common view to see a teeming youth trying to ape a particular actor or actress in speech, action, dressing and so on. Some are even called after their favourite actor’s name. This is hardly obtained in the case of grown-up adults and well educated as Maryam Sanda is, in this case. 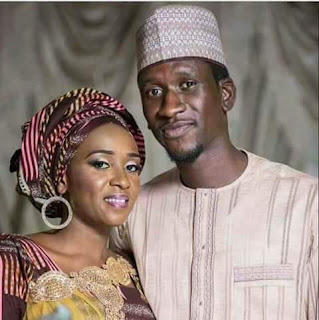 I can recall similar domestic violence some more than 20 years ago in our neighbourhoods. A woman just called Y’ar Baba was forcibly married to a man she doesn’t love. She stabbed him in his groin on their first night, and I think he eventually died. As children, we trooped to Gwale Police Station, singing a song thus: Allah ya tsinewa Y’ar Baba/Mai yanka mijinta a daki, meaning: May Allah curse Y’ar Baba/Who slays her husband in a room. This occurred more than 20 years ago. Where was Kannywood, please?

Everything said, as aforesaid, my take is not a general defence of the film industry called Kannywood. I have equally criticised them on many grounds, morality inclusive. I, however, believe that it will be unfair to scapegoat them in this murder case. Maryam may not even be an avid watcher of their films. We well know that long before the inception of Kannywood, other films, mainly of Bollywood, Hollywood and Hong Kong film industries, were what we used to watch. Their influence is still felt among us – in our films, courtship, dressing, language, etc. She was, perhaps, influenced by some of these, or something else. In this age of globalisation, where, as one scholar says, the “local” becomes global, and the “global” becomes local, one cannot tell, precisely, where, when and how one gets influenced and motivated to carry out something we consider abhorrent.

Kannywood is a phenomenon which our “armchair” criticism and condemnation cannot tame. We had better wake up and honestly do something towards making it better or keep quiet. Often, the more the industry generates controversy, deserving or otherwise, the more popular it becomes. The human mind is set in such a way that out of curiosity, it desires more to see what it is denied or warned from seeing. I, thus, believe that the best way to deal with the industry is not to blame it for all our socio-religious, moral and cultural ills. They are not to blame in entirety; we are, to no small extent. Let’s go back to the drawing board.

On the domestic violence in our country, the government should come up with a law to combat it. Many countries, including the KSA, Iran, India, Pakistan, etc. have done it this way and it is yielding positive results. Although there is a similar law in Nigeria, it, however, leaves much to be desired, practically and according to several legal experts. Therefore, the government ought to do more. Perpetrators, whether male or female, rich or poor, etc. should be brought to book.