An old saw has it that old is gold. I said the same when writing about Iyantama Multimedia before for it’s one of the few among the oldest, reputable film production companies that are still functioning in Kano. Thus, thousands of Kannywood’s au courant audiences will expect nothing less than a high-quality product from them. But the industry struggles to stay afloat, thanks to numerous socio-cultural and economic challenges. Consequently, it’s getting harder and riskier to produce high-budgeted films. A prominent executive producer once told us, at an event, that she was bankrupt following an expensive production. She didn’t only fail to profit from the film but also struggle to recoup the money she invested in making it. It is amidst all these uncertainties Hamisu Lamido Iyantama bounced back and produced five films. None of them is released to the market though. Hakki, one of the five, was premiered at the Filmhouse Cinema Kano in 2018. It was also, along Uwar Bari and Wayar Hannu, broadcast on AM Hausa satellite channel. 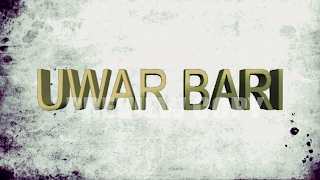 Hafiz Bello, another veteran filmmaker in Kannywood, directed all the five movies. While Hakki made it to the BBC Hausa coveted list of top 10 films of 2018, Uwar Bari is yet another good flick I was privileged to watch last week. Without exception, the five films are all remarkably different from the typical, melodramatic Kannywood production.


The story of Uwar Bari begins with a scene of a sick woman gasping in severe pain. She’s surrounded by the visibly worried family members, including Maryam (acted by Halima Ibrahim) who has left her husband, Musa (Sadiq Sani Sadiq) to protest his failure to pay her mother’s entire hospital bill. However, in the same critical condition, the mother asks her to go back to her husband. Nevertheless, Maryam insists that his sister owes her some money, which he promises to settle. She adds that she had a problem with his siblings, who think that she lived with him for his wealth. Therefore, Musa’s sister links him with a sister of her friend, Salima (Wasila Abubakar).

Salima lives with her sister (Halima Atete) who is married to a wealthy husband (Hamisu Lamido Iyantama). Although she vows to be a better wife than Musa’s first wife when they tie the knot, she practically fails all tests to be so. She appears to be greedy, overambitious and wasteful. In a reflective mood, he, unasked, leaves her and seeks peace with his wife.

Though the film is undeniably better than several others in Kannywood, it falls short in some respects. Right from the onset, the editing of the first sequence is bad. There is an avoidable repetition of the same dialogue. Also, the conflict between Maryam and the family of Musa is not established at all. The film is audio-visual for a good reason; the audience should not only be told of what was or is but also be shown. Another minus in the movie is its slow-paced narrative development. Significant as the meeting between Musa and Salima is, it is unnecessarily too long and detailed. Although there are a few, short thought sequences (‘flashbacks’) in between, the meeting lasts for more than 30 minutes! While I enjoyed the dramatic encounter, other spectators may find it annoying.

Perhaps the biggest of all the film’s bloopers is the last song sequence. No doubt the song is fun and its lines meaningful, but the way the actors mimed it is clearly inadequate. Ostensibly, the actors did not familiarise themselves with the lines to enable them to internalise the song. As it is, there is no synchrony in the sound and their mouths, and that makes it quite dry.

In general, Uwar Bari is a fantastic film and, as per Kannywood’s standard, teaches a lot of lessons such as contentment, appreciation of one’s partner, among others. The setting is one of the best I have seen. In no other Kannywood film, there is a realistic hospital scene, as shown in this film. The patient, Maryam’s mother, acts so convincingly. One may assume that she’s genuinely sick. The overall directorial work is impressive. Sadiq Sani Sadiq’s flair of acting is legendary. Therefore, the director takes more credit for the performance of other characters, some of whom are new, including two in the leading roles, Halima Ibrahim and Wasila Abubakar. In sum, I generously rate it 3/5.