Without digging deeper into the history lane in the Nigerian politics, many people know that last-hour relinquishment, nay betrayal, by swayers in a political journey often results to the success or failure of a particular candidate. For instance, people saw that in 1999 when a comparatively more popular Engr. Magaji Abdullahi lost governorship election to Engr. Rabiu Kwankwaso. There was a similar scenario in 2011 at the presidential election. General Buhari’s Congress for Progressive Change (CPC) entered into an ill-advised alliance with Action Congress of Nigeria  (ACN) at the last minute of the eleventh hour. It didn’t work as feared. ACN and its south-western supporters dumped CPC and the party’s candidate, too, Nuhu Ribadu for President Goodluck Jonathan (and his party, PDP).

Yesterday, a well-informed Yoruba friend of mine posted on Facebook that an experienced friend of his feared that opposition might yet again give in to PDP on March 28 presidential election. Needless to mention, by “opposition”, he means ‘their’ people, the south-western political bloc. Some among the respondents expressed more trepidation; others rejected the caution outright as baseless, for, according to them, the opposition of today is far more formed, firmed and formidable. Thus, it couldn’t and wouldn’t be sold out. I sincerely think otherwise, for, after all, Mr. Bola Tinubu and co. are not as honest as some Nigerians seem to think and believe.

Many people have a cotton-candy view of the opposition party, the All Progressive Congress (APC). They ought to wake up to the reality. Looking at the party as an entity and its members as individuals reveals a simple fact that most of them are no better than their counterparts in PDP. They are largely the same, if not even worse. During its embryonic days, I argued that deserted PDP members in APC are like an old wine in a new bottle, except a few. Numerous crooks saw APC as a heaven, or as a remedial niche, where a common membership cleanses them of any sins no matter how grave. 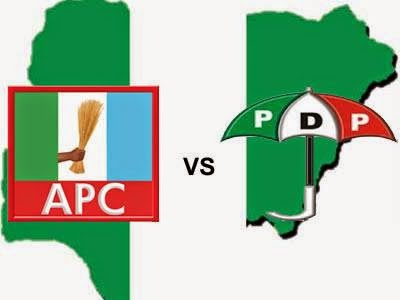 Tribalism aside, and fact be said, many Hausas trust Yorubas very little in politics and fewer can vouch for their pledge of allegiance. Where, for instance, the late Chief MKO Abiola, a Yoruba candidate, defeated Alhaji Bashir Tofa woefully in his own state, , of all places; General Buhari has never won any state in the south-west, in all his three consecutive contests, even with an accord in 2011. Therefore, if, God forbid, it happens again on March 28, Nigerians should not be bemused, not even surprised, for it’s simply a history repeating itself.


No denying that the north suffers more in the hands of President Jonathan, but nobody is immune. The dreadful depreciation of Naira, for example, and the hiking inflation in the country affect everyone. Likewise insecurity does not kill only the northerners; many southerners are also plunged as armed robbers, kidnappers and cultists are increasingly having field days. Systemic failure, falling standard of education, corruption, etc are gnawing the fabrics of the country in the whole. Therefore, the continuation of Jonathan is not peculiarly a northern problem. It’s all ours.

I am not being pessimistic; I am rather a realist now and always. The earlier those south-western oligarchs rethink what they are musing, the better. They are not doing any good for their people, not for themselves. For now, it may yes seem that Jonathan’s corruption-ridden government may give them a plump reward, but that cannot sustain them forever. Only a better Nigeria can, and the simple way towards finding that is by kicking this government out and voting in a better (note: not the best, for he too is not) person, a little more committed party, the APC.

I hope and pray that should they refuse to heed the aforementioned, then their people should revolt against them. They are not God-sent nor must-obey; they are humans. It is high time Nigerian youth stood up for their right, for themselves and their future. We are the victims of Immigration Recruitment tragedy, of 2011 post-election violence, of Boko Haram insurgency and so on. What more motivation are we waiting for to be ourselves, to use our God-given conscience, to practice the kind of politics of non-violence we see in the developed world? It’s now or never!
APC Buhari GEJ Hausa People Kwankwaso March 28 Election Nigeria PDP Tinubu Yoruba people