This article first appeared on Prof. Farooq Kperogi's column (his famous blog and the Daily Trust newspaper on Saturday) on 31st May, 2015. You may want to see it there: Guest column: Incredible Indian English

In both and , English is used as a second language. I couldn’t however resist being driven to write on Indian English— called Indianism or, more informally, “Hinglish”, which is a blend of Hindi and English—since my early days in the country some two years ago. Like in other nations where English is spoken as a non-native language, English usage in both and differ from British or American varieties in terms of phonetics, phonology, lexis, structure, etc. The distinctiveness of Indian English, though, is as incredible as the country itself.

I am not here to disparage theirs and extol ours. I don’t subscribe to linguistic imperialism. But polishing our English to the level of intelligibility among other speakers is pertinent, if not obligatory. I will highlight that uniqueness of, and differences in, Indian English with a few examples of some words and expressions that I have personally observed.

By way of introduction, I am a faculty in , . Oh, wait. What are you? Faculty, you read me right. The word “faculty” is barely used in Nigerian institutions to refer to a, or an entire, teaching staff. It’s mostly used only for a division (comprising several departments dealing with a particular subject and headed by a senior academic called Dean). This is not the case in . It’s used both ways. You are a faculty working in the faculty of, say, Arts, Medicine or Engineering.

The title of professor is used for every university teacher. I was first dazed when a very young-looking lecturer introduced himself to us as Professor Singh (not a real name). When my classmates found out that I also teach in a university, they began to call me professor. It took me minutes to explain to them (and to others) that I am just a graduate assistant, and have a very long way to go to attain professorship. 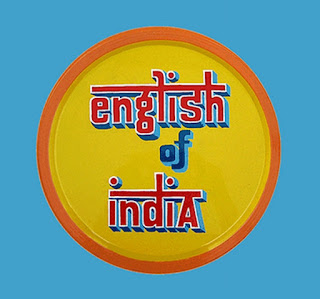 I will report you for ragging (i.e. bullying, hazing) the way we speak English, Muhsin, my Indian friend could possibly say. “Ragging” is uniquely used in Indian educational institutions. It’s said to also be in use in other countries in the Indian subcontinent, though. There’s even an anti-ragging law in Indian schools’ rules and regulations. In , however, we use “bullying”, or more colloquially, “seniority” to mean the act of intimidating and forcing the junior students to do something for the senior ones.

Culture and tradition often shape the way we use language, especially a foreign one. So, in , the neuter word cousin is mostly followed by a redundant description of sister or brother. Cousins are largely considered biological brothers or sisters as there is no marriage among them. People therefore often feel compelled to differentiate between the real brothers or sisters and the cousins.

Indians would hardly simply ask your name without adding “good” in the question: what’s your good name? This apparently sounds clumsy to many non-Indians. But you will get used to it if you stay in for more than a week. I have made several efforts to unearth the real reason behind this often-asked question, but I have yet no get a definite explanation.

I used to be bewildered by the question; who told you I got a good and a bad name, I would ask sometimes obliquely and at other times pointedly. I later realized that monikers are ubiquitously used among Indians, and maybe that made the question relevant. For instance, the name Vicky is very, very popular in , the state where I live. For the two years I have been here, I have not seen a single person whose real name is Vicky.

Another observation is how my Indian friends (who are many) use various handles on Facebook, Twitter, etc totally different from their real names.

I am “having” money

The auxiliary verb “have” is categorized as a state/stative type of verb that indicates state. Examples: “I have a car”, “I have the book”, etc. signify possession. For this reason, it’s mostly used without the suffix “-ing” except in a few instance like: “I am having headache” where it indicates temporality as headache usually is. But in , coming across a sentence like the above is very common. In fact, only fluent English speakers (who are many, especially in the metros) would escape that misuse.

Yes, “don’t take tension” (i.e. don’t worry or get tense) if you think you cannot understand them. You can. There is intelligibility between our English and theirs in most instances. Indians tell you don’t take tension whenever you seem worried or tensed. This is also a direct translation of Hindi, ‘tension muth le’. But tension is not an object to be taken or dropped.

You can collect it now “only”

You might have enjoyed reading this article only. Yes, only if you have read the above, else you might not have, or you will have difficulty to. The word “only” occupies an elevated position in Indian English. Every so often, it is used in many places in phrases and sentences, a lot unnecessarily as exemplified above.

This is a direct translation from Hindi (though I know only a little of the language). When saying things are different, they say “alag, alag”, repeating the word. Ditto little, they say: “Thōṛā, Thōṛā”. These repetitive expressions cross over to Indian English.

The word “handicapped” is often considered offensive or disapproving. It’s therefore avoided as much as possible in the world Englishes. In and elsewhere, I believe, they are called physically challenged, whereas Indians call them differently abled. It’s striking to me and to many others, for the word abled* is nonexistent in the world’s major English dictionaries and dictions. It’s another Indian neologism.

The pronunciation of “W” and “V” is often interchangeable in Indian English. For instance, the Sikhs (Sikhism is a minority religion in with millions of followers around the world) say “Waheguru”, meaning God is great. The “W” is normally often replaced by “V” as “Vaheguru” and both are pronounced the same way.

In other instances, they say something like “vorld” for world, “vord” for word, etc. One has to frequently ask for spelling of a particular word when your teacher is dictating in the class.


used to be the largest English-speaking country in the world because of their billion-plus population. But a recent survey says now has more English speakers than . That means the English language advantage that Indian had over , which had been part of ’s bragging rights, is gone now. People blame Hindi linguistic nationalism for the decline of English in . Both Hindi and English are national languages in .