I was at the prominent Ahmadu Bello University, Zaria, for a 7-day internship on the Radio and TV Production Process from 25th September to 1st October 2016. As a budding writer, critic, and public commentator, I have seen and observed many things sufficient to write a book on. I have already chronicled some of these on my Facebook page. This article consists of at least two such status updates. Here you go.

On Self-Reliance
There is a centre under the Department of Theatre and Performing Arts of the University called the Centre of Excellence. A lady sells snacks, soda and other fast foodstuffs at its entrance. She dresses well, smiles at her customers and other passers-by who care to say hi. I often did that, and she friendlily responded. However, I doubt if anyone among us, both the staff and the students, had ever bought anything from her, and that was where most of the internship lectures were conducted as it houses the non-broadcast studio for TV for practical and classes for lectures. 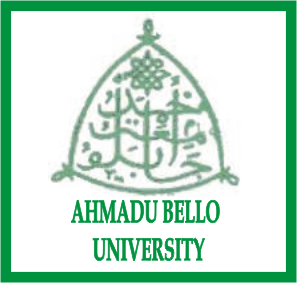 There was a session that was supposed to be handled by a staff of the Department who was, however, absent. All the other staff members present were hesitant to give the lecture for one or another reason. So the exercise was temporarily stalled. And then, one of them said, okay, let’s call Miss Mariam. She could do it, he assured me, for she has recently finished her master’s degree, he further explained and sent for her. I didn’t know who that was, but I knew she wasn’t part of the program.

As we stayed waiting, the snack-seller climbed the stairs and said to us: “Good afternoon, sirs. Here I am”. I was like, you? I couldn’t quickly believe she was the one to give the lecture. Or think that she’s the same lady we pass by every day selling snacks. One of us - the lecturers – asked if her Coca-Cola was cold. She responded in the affirmative. So, he sent her back to bring a bottle for him. I didn’t know when I brought out my wallet, paid for the bottle and asked her to hold back the change when she attempted to give me that.

That is a big lesson for many, especially my Hausa people. Although her name is Mariam, she’s obviously neither Hausa nor Muslim. I know many, yes, many people down here and with her qualification will not ‘stoop that low’ to do what she does. But isn’t that far better than being jobless, beggarly or doing other illicit works for a living? It is. It, of course, is. May she get a better job, amin.

In Need of a Cleaner University
Cleanness is part of our religion of Islam. We are, thus, right from the early stage of our lives, permanently enjoined to be tidy and clean. We are encouraged to sweep our environs, remove cobwebs, cut our nails and hair regularly, use our sanitary rooms well, and generally be very conscious of our hygiene. But not everyone heeds that. Public toilets and other places tend to be the dirtiest areas one can ever find himself in. This spills over to our schools from the primary to the university. Nowhere is safeguarded.

For many readers following my status updates on Facebook, I once wrote a scathing criticism of how some so-called intellectuals use toilets even at the university I work at. The disapprobation nearly led to a discord between me and the intellectuals I made reference to. ABU is not like ours. One of the palpable things I noticed and appreciated is how the toilets of both the students and staff, at least the ones I visited, and those are many, were well taken care of by their dutiful cleaners. The water runs round the clock, and the cleaners stick around the toilets should any careless user refuses to flush the toilet after use. They do it.

The story is, unfortunately, contrary at its younger sister university. I, in fact, contemplated the truism of the famous, bragging ‘slogan’ that says, “An ABU graduate is ahead of you naturally”. The headway may not be much, but there it is in many ways. The cleanliness is praiseworthy as even the fallen leaves on the roads and other places, including gutters, are swept and treated.

On a second and closer look at the two scenarios, I discovered a possible reason for that. Our attitude. Actually, many sub-staff, particularly the cleaners, don’t do their work as they should. Some cleaners could be mistaken for professors, for they dress better than some of them. That, very likely, misleads them to neglect their responsibilities. Yes, one can be that endowed, but one should be discharging their duties as per their employment agreement.

There are, of course, many Hausa/Fulani Muslims working as cleaners in ABU. But they now have a different worldview than ours down here. That happened primarily because of their mingling with those who are more dedicated to their assignments. It’s what we call “in ba ka yi, ba ni waje”, meaning “if you don’t do it, leave the position for another to do it”. There are many present, hankering to get the positions irrespective of the little they will be getting. Thus, the moment one leaves, their place will be refilled.

Reflecting on the egoistic nature of our people, I don’t readily blame some businessmen, or proprietors and proprietress of many private schools or other private outlets, for hiring or employing non-indigenes. We are, many a time, lazy, full of pride and complacence. For instance, this attitude is barely seen in other people, especially the poor, non-indigenes in Kano. They have left home some hundreds or more kilometres away.

The University authority should equally be blamed. As the employers of those cleaners, the management reserves the responsibility to check on their employees and take appropriate action on defaulters.