I hope I have not kept my dear readers on tenterhooks. I have had a temporal hesitation whether or not I should write on any topic besides what presently goes on in the north-eastern part of my country, Nigeria. My non-Nigerian readers might not know about it; innocent people including some promising secondary school students are being mercilessly massacred, in multitude, by the marauding terrorist Islamists called Boko Haram. May Allah have mercy on them, expose and punish their killers. Please let’s say a big AMEEN.

Yeah, to the NOTHING (II): Today’s Nothing, as its prequel, is something, though partly nothing. Here we go:

Religion as Identity or for indictment?
I have already mentioned how multi-religious a country India is. Religious identity is very crucial here, though it is a damning drawback to some in many cases. For instance, the majority Hindus have more than 300 million gods and goddesses in their creed. Thus, it’s very easy for them to pick one from those in form of a big or small statue, portrait or any visual rendering to put or paste in the room, office or on the vehicle. The Muslims wear cap; the Sikhs put turban, Christians wear cross chain, etc. However, some show solidarity to other religions where you will see the statue or picture of one of the Hindu deities side-by-side with that of the Sikh’s guru, or rarely the Muslim’s Mecca or crescent and stars. 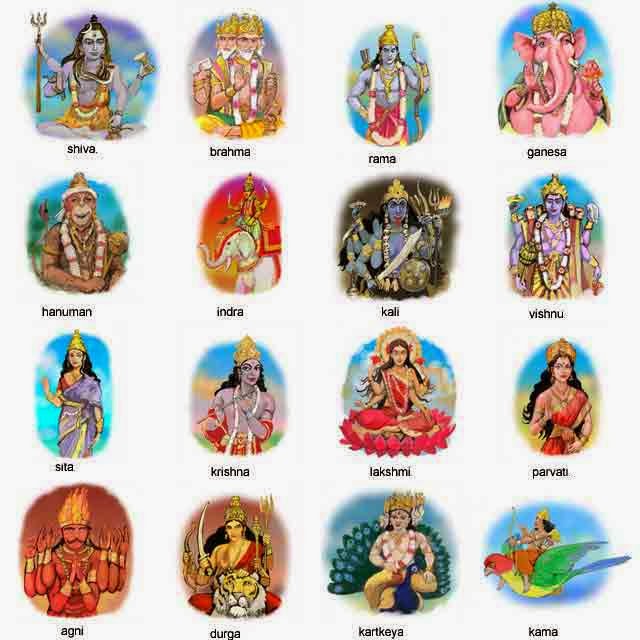 Some Hindu gods and goddesses

It was recently sadly discovered that religious minorities, or particularly the Muslims, masquerade as Hindus to sustain their business in India. Some Hindus also complain about marginalisation in a few other places. But to my personal investigation, some Muslims go to the extent of ‘renouncing’ their faith to keep their business going in the non-Muslim dominated areas. There’s also an appalling apartheid in housing where Muslims are denied rent, or many other rights and dividends for their belief. Not only the Muslims are discriminated against, the so-called low-caste Hindus are also victims of this pernicious practice as some privileges are kept only for the higher castes. Thus, identifying your religion here may make or mar your day.

Love Marriage and Arranged Marriage
“Love marriage or arranged marriage?” Hmm. My wife was startled by the frequency at which we were brusquely asked this question. A reason triggered it always. The practice of arranged marriage, which is more or less in extinction in many places in the world except a few Arab countries and some less developed parts of Africa, is very much in place in India. We have been asked this almost everywhere we are seen together. Worth narrating is one incident that occurred during our first days at the University, when my wife came to fetch me at our department. Her reputation preceded her; therefore, a bevy of young female students, realizing that she’s the wife, ‘circled’ us. Apparently fascinated, they asked the often repeated question: love marriage? We answered in affirmative. One shook her head conspicuously in what seems like sadness, and later admitted that none of them knows, or could guess, her husband. We enquired why so; she said their parents would “decide” who to be. All the guys around, whom you will always see them together, are just “school friends/lovers”, and none could dare to take any to their parents.

Graduating at 'Tender' Age
It may sound ironical if I tell you that while in my M.A (i.e. Masters) class in Nigeria I was arguably the youngest, here I am unarguably the oldest amongst the members of the class. Bachelor degree is a ‘mere thing’ in India. Beside Engineering, Medical and para-medical courses, graduation is only for three years, or sometimes less, and there’s no strike, which always cripple the pace of our university education in Nigeria. Third, they get many, many more universities and degree awarding institutes around. If your application is rejected by one, it is not an issue; apply to another, and you shall be admitted. And, again, no National Youth Service Corps (NYSC) scheme, which is an additional one year to any graduate in Nigeria. According to a recent data, the number of degree holders in India is more than the whole population of France. Therefore, doing a second degree, or adding another on the one you have acquired earlier, and even PhD don’t give them any headache. One of my closest friends is only 22-year-old, almost the same age as my youngest sister born in 1993! Although one has dual degrees and another has MBA, none of them is above the age of 25.

Religion and Conduct are two Different Things
Although each religious followers are basically taught to love their fellows first, and then others, this does not warrant you to deny others their rights. Relatively speaking, people should be wary of whom they dispense their trust onto. As aforesaid, religious affiliation is readily figured out in India; take my piece of advice: don’t be deceived by your religion kinsman, whichever religion you profess. I have met people of different conducts and of different religions and lots of drama has ensued in India. But one is worth telling a story of.

Unsuspecting I and my wife were in New Delhi, the capital of India, for the winter vacation. It was during the end of the year, i.e. late December. The Capital was littered with hurry-looking foreigners in large numbers, and from far and near. Any non-Indian is (mis)taken as a tourist by the people around, whatever reasons you were there for notwithstanding. Therefore, it was an eve of making money—black or white. We were lured to a travelling agency by their henchman who met us immediately we finished our breakfast in a restaurant filled with foreigners, mostly Europeans. We met a responsible looking man, obviously a Muslim, and thus he identified himself. I felt happy. Hmm.

Let me cut it short: after spending nearly 30 minutes joyously chatting, he collected the sum of Rs. 3000 (roughly N9000) from us to convey us in a bus to the famous Mughal monument of Taj Mahal in Agra, Uttar Pradesh. As it would happen in Nigeria, he assured me that “this is only for you, brother”. A few minutes later, I was told that bus fare is actually Rs. 800 or 1000 max. Breach of trust! We quickly returned to the Agency, together with an India course-mate living near ND. What transpired before I got my money back is only history, but it was a terrific drama. My wife said she had never seen me more furious. Police settled the dust. Thanks to them.

Indian English
I ‘am having’ knowledge of it now, an Indian will very likely tell you instead of the standard “I have”. Thus, I shall begin the NOTHING (III) from this subhead, in sha Allah. I hope you have found this one worth your reading.
Location: Jalandhar, Punjab, India