I was his favourite student. Our Agricultural Science teacher at junior secondary school was confident that I understood his lesson more than others. He soon also became my fave. I admired his pretty handwriting and his good command of English. He would occasionally call me to another class when members of the class failed to answer his questions. He would throw the same question to me. I never disappointed him. As my reward and a punishment for the student(s), he would imprudently order me to slap him very hard in the face. That endeared him to me but also made me somehow infamous among my mates.

By virtue of this endearment, I was slowly tempted to be like him, in fact, to become him by studying his discipline. Once I told my brother about it. He suspiciously asked why. He simply laughed it off when I finished. I was earlier afraid that he would blast me with the litany that was not what everyone wanted me to do, or at least show his discountenance. He did neither. I asked why for I was astonished. He told me that Agric Science wasn’t bad, but he was sure that I would dispel that thought and embrace what’s better for me with time. Medicine, he obviously meant.

As guessed or rather expected, I withdrew that dream when we were in class III, our final year. I was given all the needed morale boosts to sit for Science and Technical Junior Secondary School Exam. I did and passed with flying colours. Everyone wanted me to get admission into any of the three science colleges under the Board; I ended up in , Wudil. Yes, a technical, not a science school. I was literally disgruntled. I cried bowels of tears in protest, but my family and friends encouraged me to accept it, to give up and accept Allah’s choice for me. I could later still switch to science, I was assured. That’s how I grudgingly agreed and started. My second trial to study medicine had yet again failed. 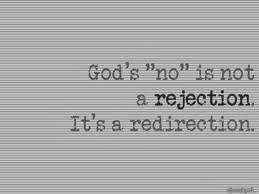 I couldn’t finish GTC, Wudil, due to a protracted illness. So I was transferred to . That opened yet another door for me to try realizing my dream. That was to go to another college to register with either the West African Examination Council (WAEC) or National Examination Council (NECO). For ours, National Technical Certificate (NTC) don’t offer Biology as a subject. Therefore, one is automatically disqualified from studying anything to do with living organisms.

I independently studied Biology. I registered with NECO at an ‘ordinary’ centre, not a ‘miracle’ one, where success was/is usually guaranteed. However, as Allah had another plan for me, the plan I relentlessly tried to escape, the two exams dates and times clashed on more than 3 subjects. This is yet another insurmountable hurdle, practically another failure, another depression. I, this time, didn’t consider it as such. I honourably surrendered.

It wasn’t coincidental. Later I intuitively realized that I, out of the blue, picked up reading as my pastime. Thus, when what I always call Destiny took me to study English/PES at the Federal College of Education (FCE), , I seamlessly fit. I had no earthly clue what “PES” was, for I didn’t apply for that. It means Primary Education Studies. In fact, I found reading English a lot of fun. I finished my first year with an outstanding result. After that, however, I left FCE and proceeded to a university to study a similar course. There I believe I discovered where my future lies, where my talent thrives, and, above all, where Allah wants me to be.

We should realize that destiny can never be avoided nor modified. That doesn’t, nonetheless, mean that we should not strive to get what we want. Give it as much your try as you can. Then, when it becomes apparent that that particular thing (or person, for instance) is not for you, give up and accept what Allah provides you with.
Allah, the Exalted, says “…But perhaps [that] you dislike a thing and it (is) good for you; and perhaps [that] you love a thing and it (is) bad for you. And Allah knows while you (do) not know”. (Qur’an, 2:216). So we are only tracing the lines we have sketched by ourselves since in our mother’s womb.