He left us more than 14 centuries ago, yet it is as if he daily lives amongst us. There is no day that passes without his name being called, and praised, by each one of us. To us, he is inviolable, unjokable. He is leave-alonable. We don’t joke about him. To us, Muhammad the Prophet is serious matter. In anything concerning him, we are, we swear by Allah, fanatical, fundamental, impatient. We love him; you don’t, and you can’t understand. So we say to them, just leave him alone.

We are so many, and O how we so love him! A billion-plus loves! Yet some people who don’t understand us, or our Prophet, think they can just play with his name, and his person, and his dignity, and hide under ‘freedom of expression’ or similar Western jargon. We say to unto them: just leave him alone! May our fathers and our mothers be ransom for you, O Muhammad! O RasulalLah! 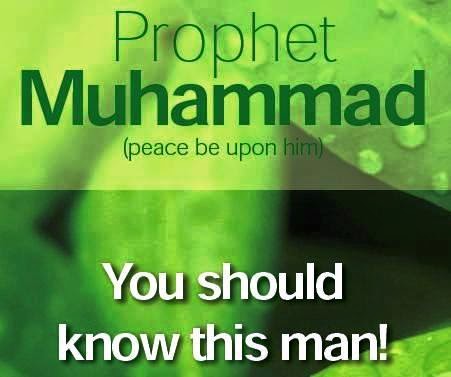 
But we should all remember that the forefathers of these insensitive filmmakers and cartoonists and writers were not like them. They acknowledged and praised our Prophet as the greatest person to have ever lived. His name Muhammad, indeed, means praiseworthy. SallalLahuala Muhammad.

Michael H. Hart in his book on ratings of people who contributed towards the benefit and upliftment of Mankind, chose Muhammad at the top of his list of the Greatest Hundred. He writes: “My choice of Muhammad to lead the list of the world’s most influential persons may surprise some readers and may be questioned by others, but he was the only man in history who was supremely successful on both the religious and secular levels.” (The 100: A Ranking of the Most Influential Persons in History: New York, 1978).

George Bernard Shaw, the great philosopher, said about the Prophet: “He must be called the Saviour of Humanity. I believe that if a man like him were to assume the dictatorship of the modern world, he would succeed in solving its problems in a way that would bring it much needed peace and happiness.” (The Genuine Islam, Singapore, Vol. 1, No. 8, 1936).

Historian John William Draper in his well-known work, ‘A History of the Intellectual Development of Europe’, observes: “Four years after the death of Emperor Justinian, was born at Makkah, in Arabia, the man who, of all men, has exercised the greatest influence upon the human race.”

Dr Annie Besant in her book, ‘The Life and Teachings of Muhammad’ (Madras, 1932) says: “It is impossible for anyone who studies the life and character of the great Prophet of Arabia, who knows how he taught and how he lived, to feel anything but reverence for that mighty Prophet, one of the great messengers of the Supreme. And although in what I put to you I shall say many things which may be familiar to many, yet I myself feel whenever I re-read them, a new wave of admiration, a new sense of reverence for that mighty Arabian teacher.”

David George Hogarth (1862-1927) English archaeologist, author, and keeper of the Ashmolean Museum in Oxford, says of Prophet Muhammad: “Serious or trivial, his daily behaviour has instituted a canon which millions observe this day with conscious mimicry. No one regarded by any section of the human race as Perfect Man has been imitated so minutely. The conduct of the Founder of Christianity has not so governed the ordinary life of His followers. Moreover, no Founder of a religion has been left on so solitary an eminence as the Muslim Apostle.” (Arabia, Oxford, 1922).

Edward Gibbon (1737-1794), considered the greatest British historian of his time, says of our Prophet: “The greatest success of Muhammad’s life was effected by sheer moral force without the stroke of a sword.” (History of the Saracen Empire, London, 1870). Gibbon adds elsewhere: “His (i.e. Muhammad’s) memory was capacious and retentive, his wit easy and social, his imagination sublime, his judgment clear, rapid and decisive. He possessed the courage of both thought and action.” (History of the Decline and Fall of the Roman Empire, London, 1838, vol.5, p. 335).

Professor Keith L. Moore, one of the world’s most prominent scientists in the fields of anatomy and embryology, and author of the book ‘The Developing Human,’ which has been translated into eight languages, was in Saudi Arabia in 1981 during the Seventh Medical Conference in Dammam. Professor Moore said: “It has been a great pleasure for me to help clarify statements in the Qur’an about human development. It is clear to me that these statements must have come to Muhammad from God, because almost all of this knowledge was not discovered until many centuries later. This proves to me that Muhammad must have been a messenger of God.” SallalLahuala Muhammad.

Thomas Carlyle, in ‘Heroes and Hero Worship and the Heroic in History,’ (1840) says: “The lies (i.e. Western slander) which well-meaning zeal has heaped round this man (Muhammad) are disgraceful to ourselves only.”

Mahatma Gandhi, speaking on the character of Muhammad said: “I wanted to know the best of one who holds today’s undisputed sway over the hearts of millions of mankind…I became more than convinced that it was not the sword that won a place for Islam in those days in the scheme of life. It was the rigid simplicity, the utter self-effacement of the Prophet, the scrupulous regard for his pledges, his intense devotion to his friends and followers, his intrepidity, his fearlessness, his absolute trust in God and in his own mission. These, and not the sword, carried everything before them and surmounted every obstacle. When I closed the 2nd volume of the Prophet’s biography, I was sorry there was not more for me to read of the great life.” (Young India).

Alphonse de Lamartine (1790-1869), French poet and statesman, says of our Master: “Philosopher, orator, apostle, legislator, warrior, conqueror of ideas, restorer of rational dogmas, of a cult without images; the founder of twenty terrestrial empires and of one spiritual empire; that is Muhammad. As regards all standards by which human greatness may be measured, we may well ask, is there any man greater than he?” (Translated from Histoire de la Turquie, Paris, 1854, vol. II).

They will continue to provoke us by mocking our Rasul. But we should be ahead of them by being circumspect in our protestations. We must remember that Allah says “Wa la taziruwaziratuwizraukhra” . The consequence of this blasphemy is a burden on those filmmakers, cartoonists and writers. And they will bear it, in sha Allah.