Let me be categorically clear from the onset that I am not here to legitimize the president-elect, Muhammadu Buhari’s handshake with any non-maharam woman. The often cited instances of other Muslim leaders of, among others, Kingdom of Saudi Arabia doing the same is, at best, extraneous and at worst, clumsy. No amount of words, logic, wisdom, etc can make what’s already haram (forbidden) such as an unconditional body contact with a non-maharam woman by another man halal (legit). That is my understanding, firm belief and sturdy stand.

Buhari’s action is, however, purely personal between him and his Creator, Allah. I am very sure that Buhari, being a Hausa-Fulani and Muslim, knows that. He would, if he at all allows it, definitely frown at anybody shaking the hands of his wife, his daughter or his female wards. He did not grow up seeing the same being done in their house nor in his immediate environment. And yes, we didn’t elect him because he’s versed in Islamic knowledge and to establish Shari’ah – and if you did so, you are very wrong. Christian, Muslim, etc Nigerians voted for Buhari to salvage the country from the shackles of the PDP-led government under Jonathan. His sins have nothing whatsoever to do with the development and growth, security, corrupt-free public servants and employment for the youths Nigerians zealously anticipate to witness under his leadership. 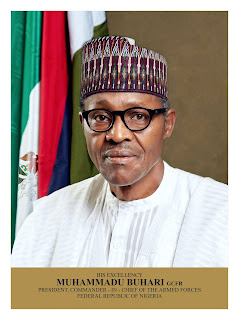 Enough of that, I believe. The annual birthday celebration (i.e. Maulud) of ‘Sheikh’ Ibrahim Nyass took place in a few days ago (in the same week Buhari shook the hand of Mrs. Oshiomole). A so-called Malam (scholar) among the invitees openly blasphemed against the Prophet Muhammad (S.A.W) in the crudest and unheard of language. That was a sacrilege worth a downright condemnation by the Nigerian Muslims and the entire Ummah. It’s, to me and to many others, far worse than the caricatures of the Prophet done by the infamous magazine, the Charlie Hebdo’s and anybody else that I know of in all my living days.


As a netizen, I expected to see a far more fuss and fume from among the Muslim brethrens who just a few days ago expressed their angst towards the President-Elect for going against the Prophet’s teaching. There’s however a loud silence. I wondered why? I then recalled that Buhari is a politician and who has a cult-like followers especially in the north. Thus, disparaging him especially by a fellow northerner and in these days while the adoration and admiration is still afresh stands you a good chance to become popular. It’s almost certain that that would attract attention, for the critic displays ‘brevity’, ‘dispassion’ and ‘candor’.

The criticism might be more political than seeking for a cheap popularity, I further discovered. Many among those detractors have once or twice doggedly defended their fave politicians (for example former and the current governors of State, Malam Shekarau and Engr. Kwankwaso, respectively) for committing exactly the same sin (handshake with a woman). But due to a double standard, they now nitpicked on Buhari. I think we shouldn’t be selective in telling the truth. Say the truth even on your own self, Islam teaches us.

It’s apparently clear that but for dirty politics and holier-than-thou attitude of many of us, where the Prophet’s virtue and personality was dented is the best place to deploy our big grammar, to exhaust our Internet megabytes and spend our time in his defense. We should take it as a duty to inform and enlighten as many people as we can out there about what happened. And we should be not afraid to unreservedly slam those mystic bastards calling themselves ‘Yan Haqiqah (‘Realists’), under the umbrella of Tijjaniyya sect.

To say I am disappointed is an understatement. I feel an excruciating pain circulating in my nerves at present. What would be our reaction when the same or similar desecration of the Prophet is carried out by a non-Muslim? I think you would remain nonplus as you are now, for it’s not Buhari who errs, and any (peaceful) protest will not make you popular. Politics shouldn’t foray into everything such as religious issues.