A fact known to some of my readers is that: praise-singing of individuals, especially politicians of whatever party, is not what I do. Yes, it is still the same. Today’s article is no different; for, I actually see nothing that extraordinarily admirable with the person of Rotimi Amaechi. He’s much like, below or a little above, his mates such as Engr. Rabiu Musa Kwankwaso (Kano), Malam Ibrahim Shekarau (Kano; to PDP) Aliyu Wamako (Sokoto), Kashim Shettima (Borno; from ANPP) and other PDP renegades. To me, and I don’t stand to be corrected, they all deserted their former party after a meticulous foresight that, among other things, they would not get what they wanted in the party, and that could cost them very dearly to the extent of losing relevance in the nation’s polity. Thus, to avoid anything of the sort, they renounced their loyalties and found a niche in APC.

Today, many people (supporters) think high of Amaechi as well as others. The recent debacle around his screening/confirmation as a minister of Nigeria leaves a lot of salient lessons but which many people have not traced. The massive, unprecedented support he enjoys marks a milestone for a better Nigeria where differences in religion, region and ethnicity are forgotten, or, at best, repressed. The ‘quality’ a person embodies is seen first and above everything else. This is an evident of a moral awakening and a paradigm shift in our politics which was usually characterized by hostility, bigotry and ethnocentrism. 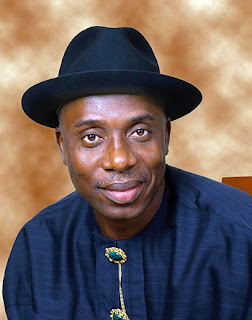 I believe it couldn’t be only me that noticed a kind of a vogue among numerous youths interested in the country’s politics in the recent days. When the news broke out that some so-called concerned individuals had petitioned against the National Assembly not to screen Amaechi, many angry youths from around the country started protesting. The protests took two shapes: physical and virtual. Those that demonstrated in the Capital, Abuja could, as it were, be a hired lot who might have little or nothing to do with their ‘messiah’. But those on the social media did it with great passion and force.


It’s particularly the northern youths that fascinated me the more, hence this article. Many among my friends made several posts, decrying why their man, Amaechi was not screened till the last day. They openly criticized their own, a fellow northerner and a Muslim, the senate president, Bukola Saraki and accused him for plotting everything. That’s interesting. Hitherto, what could have been happening was the other way round, Amaechi’s close relationship with the President notwithstanding. That’s why many northern youths did not see the Muslimness of almost everyone in the former president, Goodluck Jonathan’s government, including his VP, Namadi Sambo. They were simply all arna, infidels. Thus, whosoever voted him had ‘blasphemed’, according to some zealots. It’s unfortunate we were (and some still are) that extreme. No doubt Boko Haram thrives.

I firmly believe that many among the pro-Amaechi horde know little or nothing of his records as the former Speaker of the Rivers state House of Assembly and a governor. He’s, to them, a dedicated, uncorrupt Buharist who did everything possible until Buhari was declared the winner of the 2015 presidential election. Hence, he deserves to be rewarded. Others however believe that had the past mattered, he could not be one of the ‘Meeks’ to form the President’s cabinet. Present and future are all we should worry about; past is forgiven. And more theses still emerge. You may not buy any of those suppositions, but one thing stands unique, and that’s how a typical Hausa-Muslim youth from the North supports a typical non-Hausa and Christian Southerner.

I hope the trend continues. Nigeria is a pluralistic nation. The earlier we realize the beauty and benefit of that the better. As I saw in a viral video a few days ago, some Igbo people are calling for the recreation of Biafra. I doubt if they know how Nigeria is. They should for once travel down North to see how their kinsmen live in almost every dwelling of the region. Should they be granted the secessionist state without any bloodshed, what would be the fate of those millions Igbo? Should they take or abandon everything and migrate to Biafra, or stay and, perhaps, be killed in the North? I recently learned that some Igbos in Kano have vowed not to go anywhere whatsoever would happen. They have been here for generations. A similar scenario may be obtained of the northerners living in the south. This is it. This is our country; unity in diversity.