(126): Re: New Horizon: Dadin Kowa and the Restorative Representation of the "Other" in Nigerian Films

The first time I watched the drama Dadin Kowa I felt at ease, for it is highly natural, exciting and yet unusual. The soap opera displays the quintessence of Hausa cultural mores; the fictional town of Dadin Kowa reveales the typical, densely populated urban area, mainly crowded with dirty, run-down housing, poverty and social disarray of the Hausa people. There you watch actors as if in reality, mingle with the stray of goats, sheep and chickens. All these are what make the soap opera attractive for it brings the truth before our eyes. 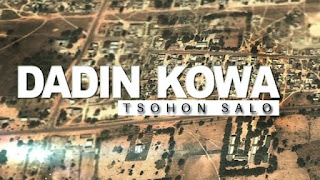 Dadin Kowa is enriched with compelling and relevant topics that are within the present condition of its setting, such as insurgency, drug abuse, domestic violence, Almajirci, girl-child education, to name but a few. This is, perhaps, what diverts the people from watching the boring films of Kannywood, most of which are repetition of previous stories, imitation of foreign cultures and lack suspense. I was, to a high degree, impressed and I bet almost everybody was, by the efficiency with which the filmmakers handled the drama. In less than an hour, the story, in each episode, will satisfactorily unfold.

One could not help but accept the fact that the misrepresentation of the “other” in Dadin Kowa is lovingly repaired, as the paper aptly captures that the “filmmakers have done well”. Right from its title, the drama depicts the collective “we” rather than the primitive, polarised “us vs them”, for the word “Kowa” means “Everybody”. That is why we see a heterogeneous population living in peace regardless of region, ethnicity or faith. They respect each other and maintain a happy relationship by appearing as tolerant and forbearing. For instance, the relationship between Alawiya and Mr Olabode family; Timo, Zainab and Nazir; Mary and Alawiya, and most importantly, the active participation of each other in their respective festivals.

However, the task has not been satisfactorily undertaken. There are more, if not much, to be done. The inferior or not so good portrayal of the Northerners (Muslim-north) is accidentally or deliberately demonstrated. Although it is usually impossible to avoid reality, it can be manipulated for a diplomatic reason, especially in drama as it imitates reality.

Commonly Southern Nigeria has the edge over the North when it comes to Western education, politics, economy and recently social organisation. However, the representation of the North in Dadin Kowa as per taking responsibilities of the family is tainted. For example, in most typical Muslim-northern families, you will see that either the husband or the wife is irresponsible. Consider the characters of Malam Kabiru Makaho (an ungrateful blind beggar), Adama (a harridan and undutiful mother), Malam Buba (a greedy, uncharitable and negligent father), Ayuba (a salaried man yet irresponsible); they all fail their families. Only a few others appear responsible and dutiful such as Mala and Nasiru’s father. But why no such instances of carelessness from any “other” cast?

The Southerners appear responsible, dutiful and caring parents irrespective of their familial problems. For example, Stephanie’s parents, despite their problem with each other, care for their daughter. Likewise, Stella. Despite all the challenges, she displays the utmost care for her kids. I know these are lesser examples and someone may retort, my reply is: there is a need for a more positive portrayal of the North regarding familial responsibility.

I conclude that  Dadin Kowa becomes a beacon of restoration and remake of “othering”, but there is a need for balancing the representation of “ethnic groups”. People or societies indeed have their weaknesses, and it can be demonstrated for correctional purposes, especially in a dramatic way, so I am not talking about ethnic glorification in which everything will be elevated. Still, at least we need to see a balance – like a portrayal regarding taking responsibilities of the family, especially in such famous and impactful drama.

Abubakar hails from Kano. He is a graduate of English and Literary Studies, from the Bayero University, Kano. He can be reached via abubakarisahbaba01@gmail.com.